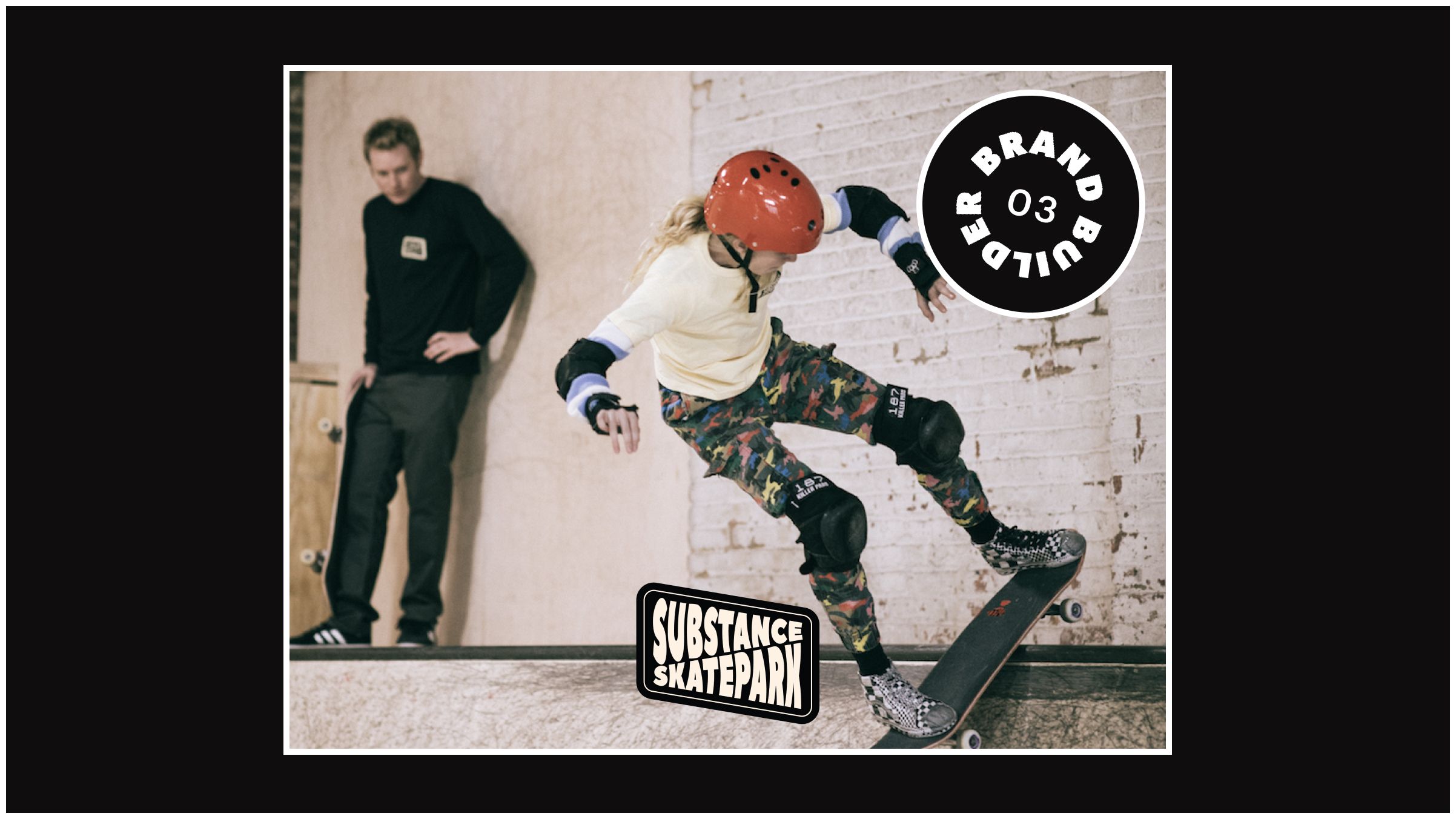 How do you build a brand that serves thousands of people? The classic answer: create something that wasn't there before. Andrew Gelles, the founder and CEO of Substance Skatepark, did just that.

In our new conversation series with founders and industry thinkers, we sat down with Andrew to talk about what led him to opening up a skatepark in the midst of a pandemic, and how he's built inclusivity, accessibility, and sustainability directly into the heart of his business.

Hi Andrew, welcome! Thank you so much for taking the time to speak with us today. We're stoked to share your story. To kick things off, introduce us to yourself and to Substance Skatepark.

My name is Andrew Gelles. I'm the founder and CEO of Substance Skatepark. We are the only public indoor skate park in New York City. We have two parks in Williamsburg, Brooklyn. Both are open seven days a week. If you get a membership, it's open 24/7. We're here for skateboarding and for the skateboarding community.

Can you tell us a bit about your inspiration for starting Substance? What led you to this?

I've been teaching skateboarding for 14 years now. And it's the greatest passion of my life — it's so much fun. But the problem is teaching in a place like New York City, it's always cold, it's always rainy. You can't work at nighttime. For me to do my job, I needed an indoor facility. There are a few other small indoor places in New York, but they're physically very small — and they don't let people in unless they can afford to take lessons.

I grew up skateboarding, so I wanted to create something that was a great place for me to teach, but was also affordable and accessible and fun to skate for everyone. With my good buddy, Harley Courts, who used to own Substance Skateboards back in the day, we decided to bring the brand back and here we are today.

What does it mean to create an affordable and accessible space for skateboarding in New York?

I think it's essential because when I was a kid, we definitely didn't have indoor parks. We had a couple of random member-only exclusive things. But ever since then, big fashion companies have gotten into skateboarding, and they've actually created some really sick indoor parks.

The problem is, they don't actually let you in. It's not a money thing for them — these are publicly-traded billion dollar companies — they just want to keep exclusivity. And I think it creates a toxic culture in skateboarding. It doesn't matter how good of a park you build if no one can go in and enjoy it.

As I train kids to be professional athletes, they're getting beat out by people in warmer, more consistent climates. So in every sense of the word, I think it's essential for New York.

How would you describe skateboarding to someone who isn't familiar with the sport and what draws you to it?

I would say it's one of the most interesting families I've ever been a part of. It's one of the most diverse groups of people. It's almost like jury duty in a really weird way. A lot of the people that I skate with that I've met over the decades are people that I would normally never interact with outside of skateboarding. But we're all connected by this weird love and passion for this very strange thing.

It's also incredibly accessible. Unlike snowboarding and surfing, you can do it almost anywhere. It's very cheap to get equipment. My skate park is dirt cheap. And you don't really need to have any outside skills or knowledge to get started. There are very few physical limitations. For example, you can play basketball — but if you're not a certain height, you're not making the NBA, or if you can play football, you're not big enough, you're not going to make the NFL. With skateboarding, the body you're born with doesn't really matter. It comes down to how much work you're willing to put into this and how many times you're willing to fall.

Skateboarding has saved and ruined my life at the same time, and I love it.

Can you talk a little bit about opening your doors in the middle of a pandemic and what it's been like to navigate a new business?

I'm in an interesting position because I don't know what it's like to navigate a business without COVID. I'm really looking forward to these non-COVID numbers.

Obviously, a challenge is an understatement of a way to describe it, but I try to look at the positive. And the one positive thing I can say about this whole thing is it shows two things: One, people love skateboarding no matter what. No matter what else is going on in the world, skateboarding is always a safe place for people.

Two, I received a bunch of a bunch of death threats from people online because I'm very strict about the mask policy. In fact, I believe we're the only indoor park that actually makes you do that — which is a little concerning to me. But at the end of the day, the one positive to all this is that all those people don't show up anymore. I mean, I get a DM or a text from someone, "I'm not going to your park, you make people wear masks." I'm like, "Okay, great. See you later." In a weird backwards universe, it's almost like a really good bar for entry.

How has branding and design impacted your launch?

The beauty of our new skate park is that it's modular. I literally show up in the morning, and I see everyone put different pieces of ramps together and build something really cool. They're all meant to be interchangeable in the same dimensions. And when I see people put something together that I never would have even thought of, that's a really cool feeling.

As far as the brand goes, the main thing that I really liked about our design is actually our accessibility. I know that sounds crazy but in the skateboard industry right now — after it got taken over by the fashion brands — everything is very limited release, special quantity, "you're only going to get this many on this day."

At Substance, we just don't believe in that. If you want to be an exclusive skater, that's your thing. But we really want to include everyone. And we want to do the same thing with all our products. We want to be sustainable in what we build — that's very important to myself and Harley. We want to make something that people can afford and that we're not going to run out of. I'd rather sell 100 t-shirts at an affordable price than three t-shirts at a ridiculous price that no one can afford and that people fight over. I don't think that's the future.

You've built sustainability initiatives into the core of your business — namely, Substance is part of the 1% for the Planet project. Can you share more about the significance of this for you, and how Substance is embodying these values?

Later in life, I got into surfing when I could afford to do it. It's so different the way that it's such a more beautiful, natural experience. I wanted to have that and share that experience with skateboarders as well — and that commitment to planet earth because no surfer is going to trash the water that they live in every day.

However, it's very common for skate parks in general to be dirty and gross. And we want to change all that, so we're doing the 1% for the Planet. Once COVID is over we'll also start volunteer cleanups — if you volunteer to help clean our neighborhood in the industrial part of Brooklyn, we will give you free sessions in the park.

If you open a surfing magazine or snowboard magazine today, you're going to see beautiful pictures of mountains and oceans and sustainability in places you want to be. If you open the Thrasher magazine, you're going to see someone pounding a trillion beers, leaving it on the street, and skating a dirty ledge near some industrial building. It's not part of the culture yet. But obviously, I think skateboarders, once we see the light, will see that we can do what we love and still make a cleaner world.

Has there been a high moment of the last year for you that comes to mind?

But as he grew and as he progressed, he was able to make the full hour. Then he started doing half days of camp. Every single week, he did camp, he'd stay a little bit longer and a little bit longer. And now, for the first time in his life, he can not only do a seven-hour day of skateboarding camp with us, but he can focus in school, he can pay attention to friends. It just shows you that the skills that you learn skateboarding go with you throughout your life.

What's your favorite trick to teach?

Oh, dropping in is my favorite trick to teach. It's a little rough on my knees as an instructor but it's the first trick in skateboarding — the act of physically going down a ramp with coping on it where all your survival instincts in your body are going to tell you to lean back, and you're going to go forward anyway. On some deep mental neurological level, you have to be comfortable with dying to do that trick. I like it because you really get to see who someone is when you teach them that trick. You see what they fear and what they're into. It's really interesting. It's my favorite one to teach.

What's on the horizon for Substance?

We're trying to secure a better future for the brand. The biggest skate empire in New York at one point was this company called Blades. At one point, they had 25 stores and they shut down their last store around this time last year — they had a very good business and a great owner. But at the end of the day, their lease was renewed at too high of a price.

I'd say if things stay the way they are, and people are as passionate and helpful as they've been, we're going to make the rest of our nine-year leases. So I'm really starting to think about what's going to happen in 9–10 years. We're trying to find ways to secure it, get more spaces, and build out a brand.

On one hand, it's been super frustrating, because the big companies in skateboarding don't like what we're doing. They want to maintain their exclusivity and their high prices. And we're a big problem for them. But on the other hand, on the positive side, the people, the customers, and everyone who's on the ground in this place every day, have been nothing but supportive. That has been super helpful and keeps me going every day.

I genuinely believe that, although the big brands do a lot of cool things, if you just create a place where people want to go and feel safe and can afford and have fun, the rest will work itself out one way or another.

Ready to shred? You can find Substance Skatepark online here and stop by 314 Scholes Street to say hi to Andrew. 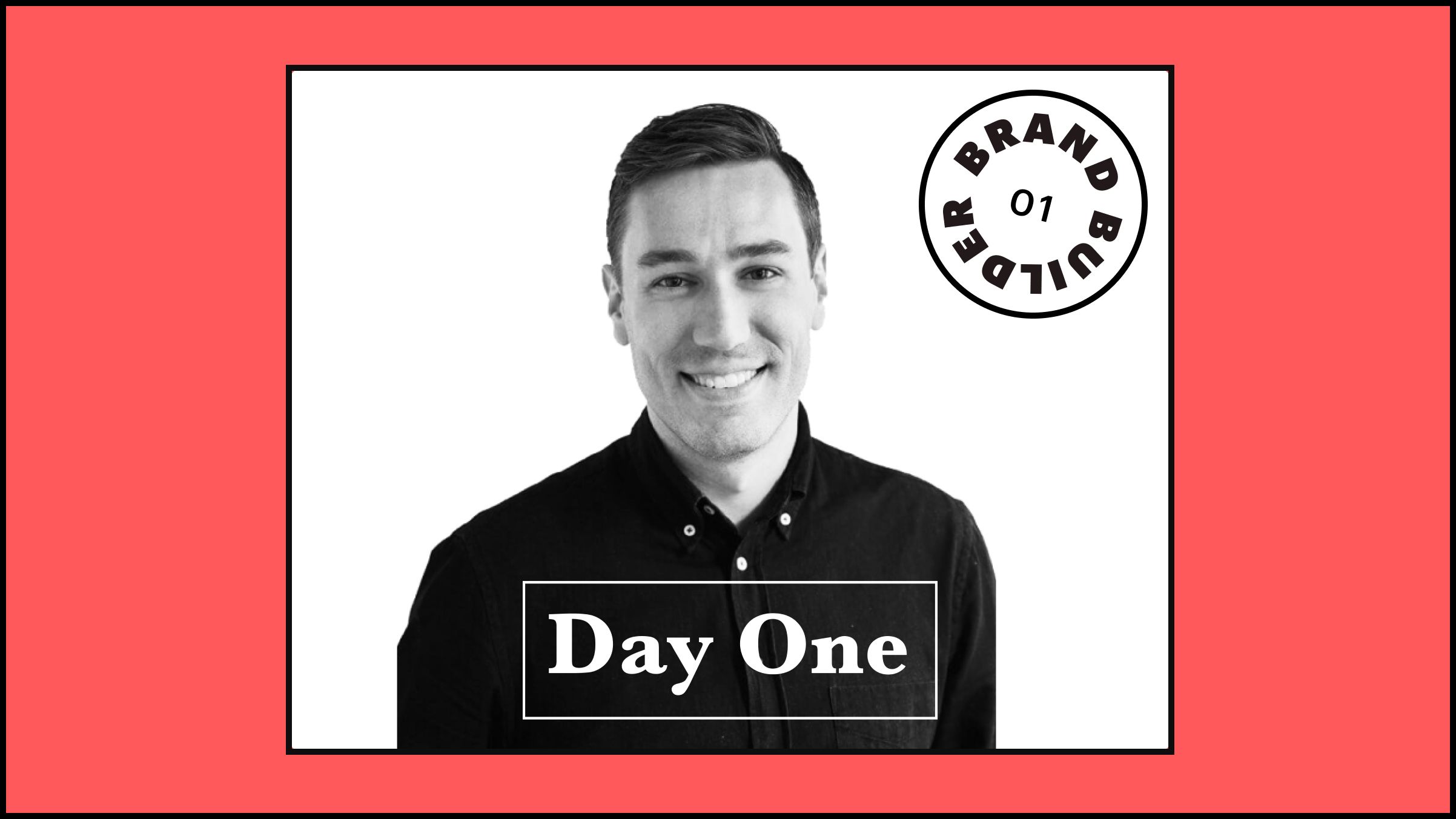 Despite an increasingly crowded online community space, Andrew and his team have built a thriving place for early-stage founders and entrepreneurs to develop collaborative mentorships and give meaningful attention to their ideas. 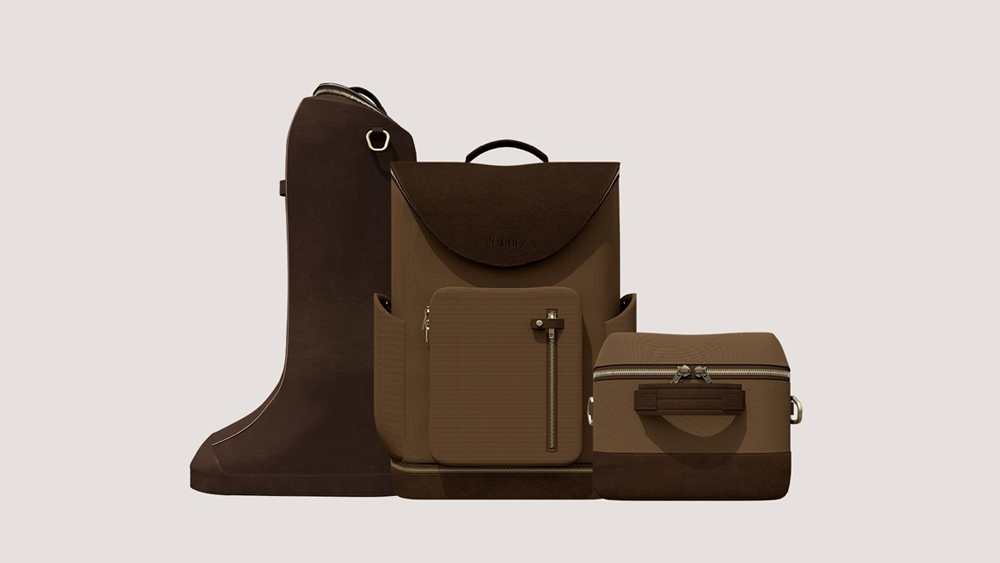 Setting the pace for modern equestrians.

Hear it from us.

We write about branding, design, strategy and business.

Thanks for signing up!

Thanks for signing up!
Please add your email address.